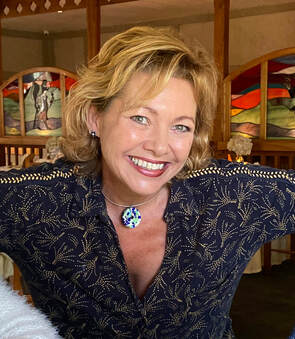 When Liesa is armed with her camera, there is very little that can stop her. "Taking Pictures" started as an interest and lots of fun in the days of the original Polaroid Camera, and very quickly grew into a love and passion. Liesa has part of her heart in Zimbabwe, where she spent much of her childhood in the small dusty border town of Beitbridge. As she entered childhood and her teens, she went to various boarding schools in South Africa, and ended up graduating from the University of KwaZulu-Natal, Pietermaritzburg. She is the happiest she’s ever been in her patch of indigenous forest in Balgowan, near Nottingham Road and Howick.

Over the years, Liesa has worked hard to establish a strong work ethic and quality technical skills. Her keen interest in photography began at University when her husband, then boyfriend, was given his grandfather's Pentax film camera. After hectic saving, she got her first DSLR in 2004. As she grew as a photographer and became commercially active, she invested in her Canon 1D mark 111 in 2009. Whilst living in Saudi Arabia, she started Desertcrew Photography almost by accident from her home where she set up a mini-studio. Managing the entire photographic process herself, she enjoyed clients of an international flavour, from all corners of the world. Her name quickly spread, and she was hired to photograph corporate events at embassies, as well as taking photographs for the British International School’s new website and many many visual memories were created for families and their children.  Fast-forward to when her and her family moved to Doha, Qatar, where Liesa started working for UK-based School Photography company Pret-a-Portrait. She also took photographs for a large international school for all their publications and website.. Liesa is now based in South Africa with her family and her four dogs, and is looking to reignite Desertcrew Photography’s flame. She is an avid participant in the photography site GuruShots, and holds the title of ‘Master’ for all her achievements, including winning a challenge amongst entrants from all over the world. She has also recently become an approved contributor to the world renowned American Photo Stock Company, Getty Images, based in Seattle.